New social media sites are always popping up on the web.  With that being said, It is getting harder and harder to actually define social media these days.  For most people first thought in their mind when you say social media is Facebook.  Currently, Facebook is arguably the most popular form of social networking on the web.  Myspace, Twitter, and Google+ also are at the top of my peoples lists when you ask them about social media.  In actuality these essentially are just the tip of the iceberg, so to speak.  These social networking sites are just a tiny fraction of all the social media sites out there, though they do bring in the most traffic. 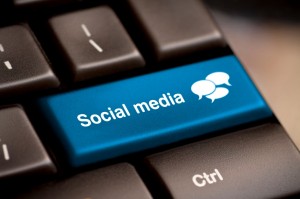 To be fully diverse in social media it’s important to be involved in each of these categories.  How do these play into Search Engine Optimization you might be wondering.  Google has made it clear that social media is important and takes it into account when evaluating sites.  Now this is not the end-all-be-all of SEO, just merely another piece to the puzzle.

One site in particular seems to be gaining popularity, Pinterest.  This social site is very easy to use and enables you to share your interests with your friends. You basically use this site to 'pin' all the things you find on the web by saving them to your profile.  This site is not geared to any particular use.  People have used to to plan weddings show inspirations and recipes. It appeals to most people and has mastered ease of use, it will be interesting to see if it continues to gain popularity.

Adam got his introduction to Spectrum in 2011 as an intern and then joined the Spectrum Team in 2012 as an SEO. The sheer ever changing dynamics attracted him to the industry, knowing that no day would ever be the same. Adam graduated from Western Illinois University where he studied Business and Computer Science. Outside of the office Adam likes to workout, go to car shows, snowboard, travel, go to Blackhawks games, and learn new skills. Follow Adam on Google+